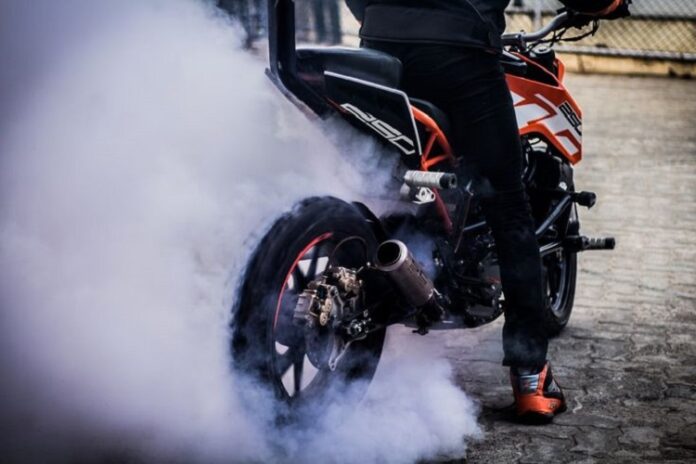 With great powers come great responsibilities. Nothing could be truer for bike enthusiasts. Owning a bike may give you a great sense of freedom, but remember to follow traffic rules to ensure your safety and that of others on the road. Violation of these rules will not only result in a penalty but can make your two-wheeler insurance provider reject your claims for bike damages in the event of an accident. Here are somemost common traffic laws that every rider should know.

Riding under the influence of intoxicating substances such as alcohol and drugs is prohibited under traffic rules and regulations. This behaviour increases the risk of road rage or accidents. According to the law, the maximum permissible limit of alcohol is 30mg per 100ml of blood. If you are caught riding under the influence of alcohol over the allowable limit, the traffic police can fine you ₹10,000 for the first offence and ₹15,000 for the second. You may also face imprisonment for up to six months.

Do note that in the event of an accident, if the insured bike rider is found intoxicated, the two-wheelerinsurance company is not liable to pay for the losses.

Whether you are riding on the highway or within the city limits, you may have seen the board displaying the maximum speed limit. As per the traffic rules and regulations, you are not allowed to ride your bike beyond the given speed limit. If you do, traffic cops have all the right to penalise you. Overspeeding can result in a fine of up to ₹2,000.

In addition to overspeeding, racing on the roads is also prohibited under traffic rules. If you are caught racing on the streets by traffic authorities, you may be fined ₹500 for the first offence and ₹10,000 for the second. The relevant authority may also sentence you to one-month imprisonment. Moreover, racing is subject to your motor insuranceexclusion.

As per the Regional Transport Office (RTO) rules, to drive on Indian roads, you must hold a valid driving licence. If you are caught driving without a valid or expired licence, not only will your two-wheeler insurance be void, but you will also face a penalty from the concerned authority.The penalty for riding with an invalid licence is ₹5,000.

According to the new MV Act of 2019, if you are below 18 years, you are not allowed to ride a bike with gear. The rule for juvenile riding aims to reduce accident cases on the road. If a juvenile is found driving a motorcycle, then the owner of the bike or the guardian of the underage rider has to pay the fine of ₹25,000 to the concerned authority and may have to serve three years in prison.

Riding without a helmet

The helmet ensures the safety of the rider and the pillion rider. According to the road safety rules, riding without a helmet attracts a penalty. If the concerned authority catches you riding a two-wheeler without a helmet, they may penalise you for ₹1,000. In addition to the penalty, the relevant authority has the option of suspending or terminating your licence for three months or permanently.

According to the Motor Vehicle Act of 1988, to ride on the Indian roads, you must have two-wheeler insurance cover for third-party liability. Motor insurance not only protects you financially in the case of an accident or natural disaster, but it also compensates for any third-party losses incurred as a result of your bike’s involvement.

If you are found riding without minimum bike insurance in Mumbai or any other city in India, you may be charged with a ₹2,000 traffic fine or imprisoned for three months if it is your first offence. If you commit a second offence of the same nature, you will be fined ₹4,000 and may get sentenced to three months in prison.

As per the RTO guidelines, you are not allowed to jump traffic signals when it is red. Doing so is a punishable offence and can attract a penalty of ₹1,000. In addition, the concerned RTO may also suspend your driving licence.

The recent amendment in the MV Act of 2019 considers the overloading of pillion riders as a serious offence. According to the road safety rule, you are allowed to ride your two-wheeler only with a single pillion rider. If the relevant authorities find you violating this law, you will be fined ₹2,000 along with three months suspension of your driving licence.

Before you take to the Indian roads, you must educate yourself on the traffic rules and regulations. Adhering to the road safety rules and regulations set by various competent authorities not only ensures your safety on the road but also protects you from any unwanted legal consequences. In addition, your two-wheeler insurance also stands void if you don’t comply with the traffic rules in India.